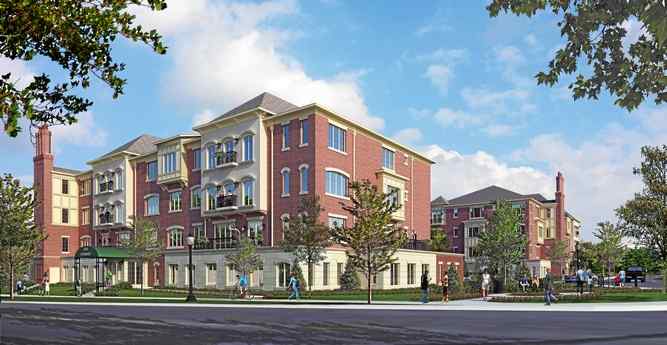 A new condominium complex is in the planning stages for downtown Rochester and its developers are looking for community input on the project.

412 Water, named after its location downtown, will consist of three, four-story buildings with about 14 units per building and enclosed parking on the first floor. The approximately $31 million development is intended to serve an upscale market of buyers, a population that according to Joe Salome, partner with Grandview Building Inc., is currently underserved in Rochester.

The developers will hold a focus-group-type event, according to the developers, at 5:30 p.m. on Wednesday, May 31 in the conservatory room at the Royal Park Hotel in Rochester for those interested in learning more about and sharing their opinion on the project and the residential market in Rochester. While the building’s architecture and site plans are already completed, how exactly the units will be laid out is still up for discussion.

“We’re trying to get a feel of what interests people and open up a line of communication. Maybe the community is looking for smaller units at a better price, or maybe they’d like to have a 2,000-square-foot space with three bedrooms. In terms of the exact size of the units, we’re not sure what the market wants, but the market does determine what people will buy, so we’re taking a shot at this,” Salome said.

An RSVP is required to attend and can be found at 412water.com.

“If you look at the market trends, people aren’t looking so much for the big home in the suburbs as much as they used to, and the tail-end of the baby boomers are looking to move out of their larger homes to somewhere where they have less maintenance and more freedom of movement in the pedestrian aspect,” Salome said. “You see that of course in areas like Royal Oak or Birmingham, but we haven’t seen it break out like that in