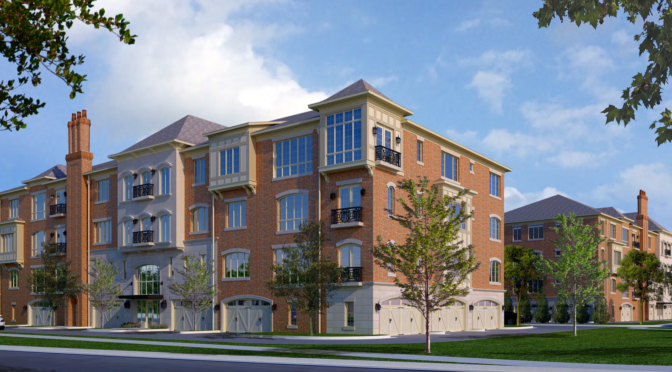 A condominium development with 42 residences is planned for downtown Rochester on the site of the two- and three-story historic Rochester Elevator Co. grain elevator building.

As a result of the nearly $20 million planned project, the 136-year-old building could be moved across the street from its current location at 412 Water St. to a municipal parking lot or another location within the city, or disassembled and then reassembled in the city’s municipal park.

The developers behind the three-building project — Joe Salome, president of Sterling Heights-based Grandview Construction Inc. and Tony Ferlito, president of Detroit-based The Ferlito Group — have been discussing their plans with the Rochester Planning Commission and Rochester City Council in recent weeks.

“We are hoping to get some feedback from the city on where a suitable location might be and then we can make more concrete plans about getting it there,” Salome said.

An Aug. 4 memo from Nik Banda, deputy city manager and economic and community development director to City Manager Blaine Wing says that the developers would pay for disassembling the building, which is owned by Lawrence Smith.

They would also provide at least some of the cost of reassembling it, wherever the city decides is the best location.

The city would have to store the building until reconstruction funds are available.

The memo also says Ferlito and Salome want to put a pocket park at Water Street and University Drive that “recognizes the city’s past.”

Salome said the proposed Residences at Water Street development would have units ranging from 1,700 to 2,100 square feet and starting under $500,000 and costing up to $1 million.

Construction would start in the spring and be complete by the third quarter of 2018, Salome said.

The building, which would be donated to the city, sits on about 2 acres at the corner of Water and University.

The building and land are owned by Smith, the son of J. Wesley Smith, who bought Rochester Elevator with Edward Moulis from two employees, George Carey and Doyle Wilson, in 1956.